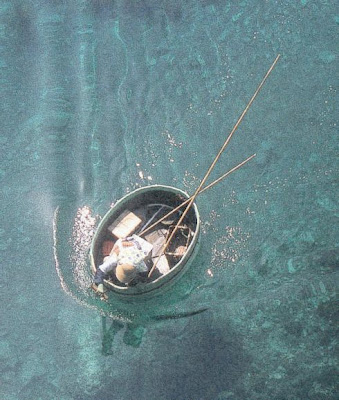 I had the pleasure of attending a talk by Doug Brooks at Carpenter's Boat Shop in Pemaquid, Maine, last month. Doug is a highly accomplished builder of both Japanese and Western traditional boat type replicas, whom I wrote about previously. He spoke mainly about the building of the Japanese tub boat, known as a taraibune, and about the state of traditional boat building and the apprenticeship system in Japan. I'll try to get to the big picture later, and will concentrate on the taraibune itself here. Content comes from Doug's talk, and from his book, The Tub Boats of Sado Island: A Japanese Craftsman's Methods.

Taraibune are used for nearshore fishing and seaweed collecting. (Although the term taraibune is recognized throughout Japan, on Sado itself, the boats are called hangiri. ) In spite of their ancient appearance, they date from only the middle of the 19th century, according to Toshio Sato, who wrote the history chapter in Doug's book. Prior to that, dugouts and plank-built boats were used to collect the rich shallow-water sea life around the southern tip of Sado Island, but in 1802 an earthquake changed the area's topography, opening up a multitude of narrow fissures in the rocks along the shore into which it was impractical or dangerous to take long, narrow boats. Derived directly from the barrels in which miso is brewed, tub boats proved to be adept at navigating these narrow waterways. Indeed, they can be easily spun in their own length.
Taraibune are traditionally propelled by sculling with a single paddle passed through a simple rope loop at the "bow" of the boat. (The ends of the oval boat are identical, so it is this simple oarlock that defines the bow.) In one village, taraibune fishermen now use small outboards, but interestingly, the stern-mounted engine is not used for steering: this is still done with the paddle, serving as a bow-mounted rudder. In the other villages where taraibune are used, the paddle still reigns for both steering and propulsion.
A key tool of the taraibune angler is the glass-bottomed box which is floated alongside the boat. This enables him (or more frequently, her) to clearly see the bottom in shallow water to identify likely prey or harvest. A variety of long-handled tools is trailed behind the boat -- to collect the fish, shellfish, or vegetation at hand.
An interesting analog of the taraibune is the Chinese hu-ch'uan or "Kettle Boat." This is perfectly round, not oval like the taraibune and, according to G.R.G. Worcester, in The Junks and Sampans of the Yangtze

, it is paddled from the side, not over the bow (although I cannot imagine how this would make the boat go anywhere other than 'round and 'round, in place). Only about 3' in diameter, the hu-ch'uan is used to tend cultivated edible water plants in flooded fields.

Doug Brooks' book, The Tub Boats of Sado Island, in both English and Japanese in the same volume, is available directly from Doug, but not on Amazon. 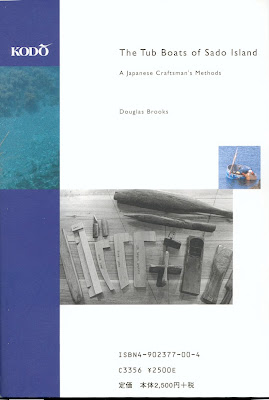 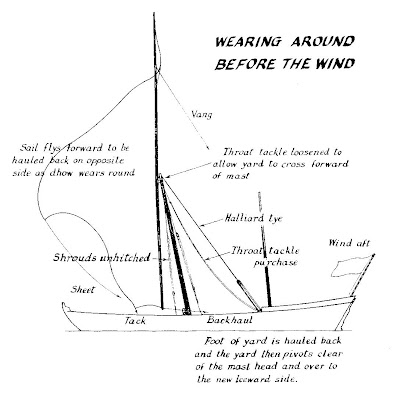 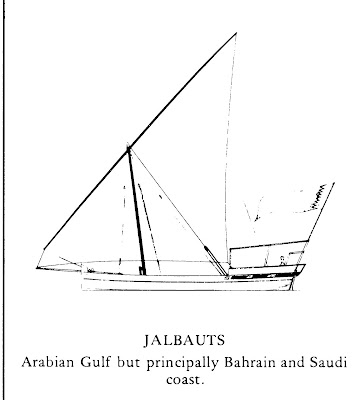 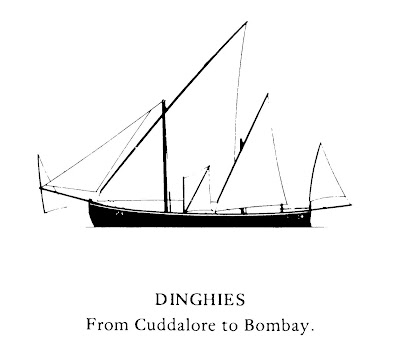 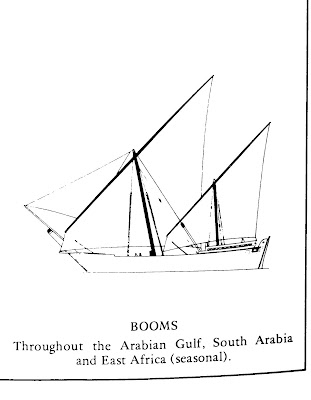 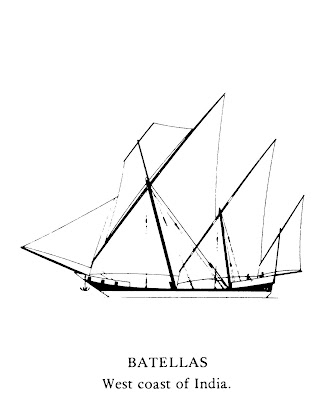 Posted by Bob Holtzman at 4:41 PM No comments: 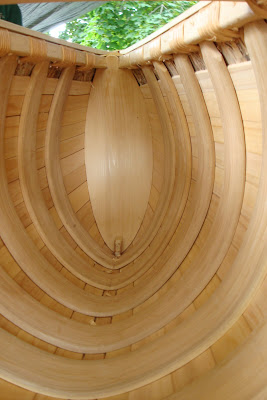 A birch bark canoe of Penobscot Indian design has been built by a team led by Steve Cayard on the grounds of the Penobscot Marine Museum, Searsport, ME. The project took two weeks and resulted in a very fine craft. See over 100 photos documenting the process here.

The canoe will be launched at the Maine Boats, Homes & Harbors Show in Rockland, ME, August 7-9. Exact time and date are to be determined.
Posted by Bob Holtzman at 6:03 AM No comments: