I don't often steal true news items from other blogs, figuring that they do a good job speaking for themselves -- Gavin Atkins' In the Boatshed blog in particular. But Gav has posted news so interesting that I feel compelled to make sure my readers see it, on the off chance that they don't subscribe to his blog (which they should). It's about the discovery in England of what is probably the world's oldest birchbark canoe -- an American Indian canoe from Canada, thought to be about 250 years old.
http://intheboatshed.net/2010/12/09/250-year-old-birch-bark-canoe-in-cornish-barn-to-be-returned-to-canada/

There's more about it in the Wooden Canoe Heritage Association Forum:
http://forums.wcha.org/showthread.php?t=6917
Posted by Bob Holtzman at 12:07 PM 4 comments: 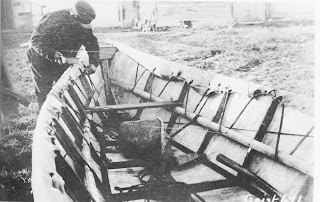 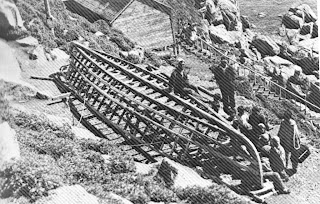