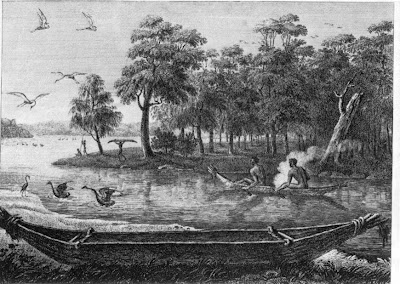 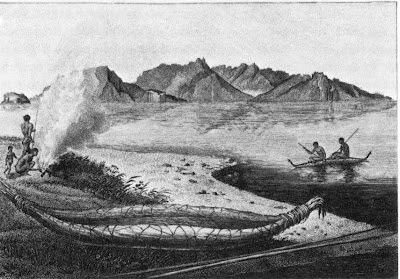 Again, the two paddlers in the background show that this is a very small tandem craft, and it doesn't look particularly stable either. They carry poles, but apparently no paddles, and a pair of poles appear in the foreground as well. As any modern canoe poler can attest, however, poles can serve entirely adequately to propel a boat in deep water, as their projected area under water is often not much less than that of a paddle blade.
Posted by Bob Holtzman at 2:52 PM 2 comments:

My son came home from the library the other day with four books of Gary Larson cartoons. Of course I read them, seeking enlightening content for this blog and for no other reason. Lo, behold and eureka, I discovered that Larson was indeed a fan of dugout canoes. 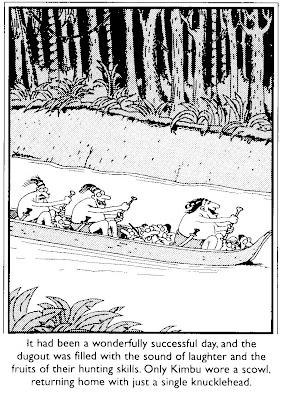 Note the gracefully upturned prow, the refined flat sheer, and the very regular hull thickness along the gunwale, evidence of careful, sophisticated workmanship. It's also interesting to see the awkward way that that the paddlers hold the paddles, grasping the shaft several inches below what appears to be a very workable grip. It's regrettable that Larson did not identify the culture of these knuckleheadhunters. 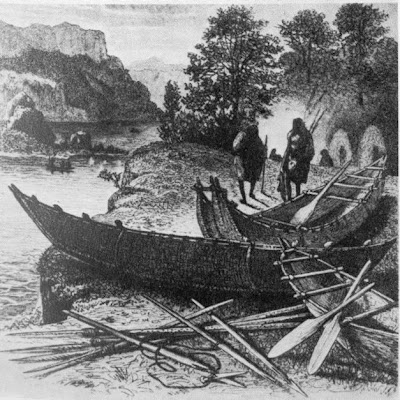 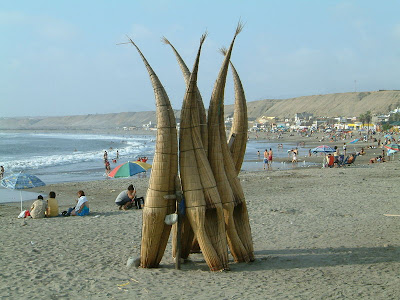 (Final photo public domain by Allard Schmidt, courtesy of Wikimedia Commons. All others from Johnstone. Click any photo to enlarge.)
Posted by Bob Holtzman at 6:40 PM 1 comment: 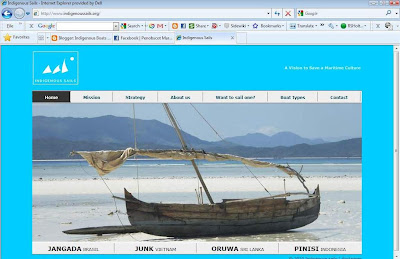 It is with a mixture of chagrin and enthusiasm that I call attention to Indigenous Sails, a Dutch organization working to preserve indigenous sailing craft not as museum pieces, but as economically sustainable ways of life for their owners and builders. I'll quote their letter to me:

Indigenous Sails is the first project in the world focusing exclusively on exotic sailing ships as a category in itself.


While there are in the Western world hundreds of organisations that work for the survival of Western maritime traditions, there is no such thing in the developing world.

The underlying idea is that exotic wooden sailing ships can survive, and potentially thrive, when owners/builders will continue to be able to earn a living with them, possibly in new ways.

According to the organization's website, they are working initially to preserve the use of four vessel types: the Brazilian jangada, the Vietnamese junk, the Sri Lankan oruwa, and the Indonesian pinisi. Over time, they hope to add additional types to their list. The site describes where the boats may be found, their current rarity, and opportunities for actually going for a sail aboard one.

My chagrin? Only that the organization's name is so similar to that of this blog. The sincerest form of flattery? A usurper of search engine position and potential source of reader confusion? I wish them well in their mission, but wish they'd chosen a different name.
Posted by Bob Holtzman at 5:43 PM 2 comments: 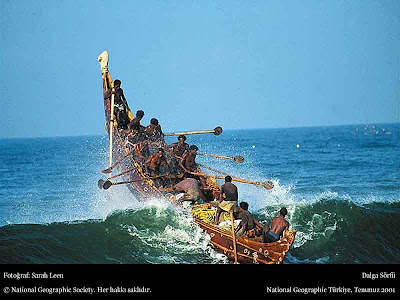 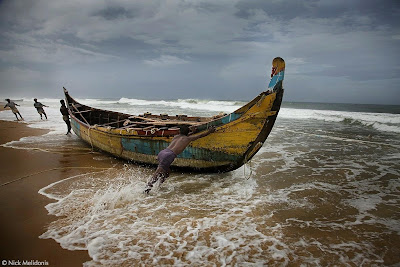 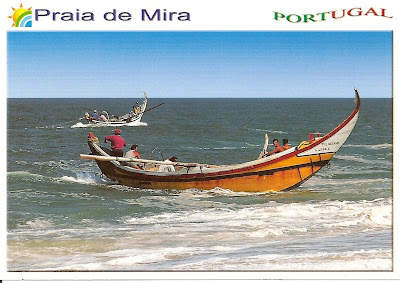 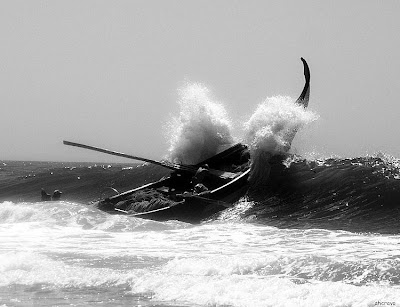 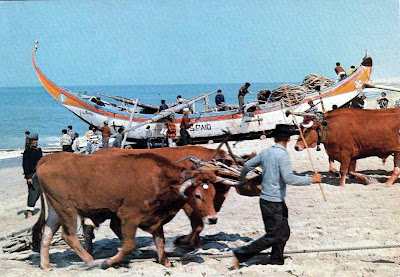 Visible similarities include great amounts of sheer and rocker, substantial overhangs, high ends, and general suitability for the dangers of launching and landing through surf, although the xavega appears to have finer lines and to be more extreme in general. The final photo of the Portuguese boats seems to show a sailing rig being loaded aboard, while oddly-shaped oars appear to be the only form of propulsion for the Indian vessel. Of course, one would not expect to see Indian craft being launched by cattle as they are in Portugal. India's substantial manpower resources make up the difference.
Thanks again to António for this interesting comparison.
Posted by Bob Holtzman at 5:26 PM 9 comments: 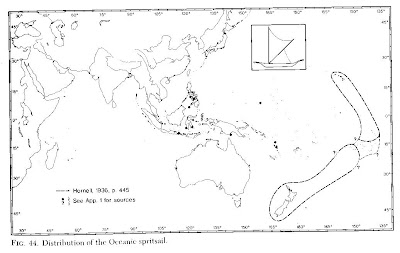 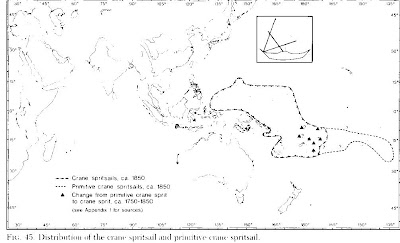 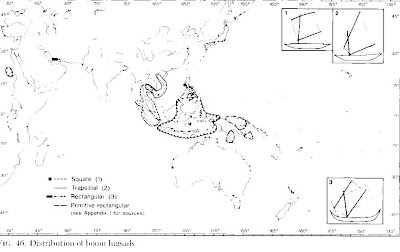 Doran uses these distribution maps to attempt to deduce the relative ages of the various rig types, their places of origin, and their role in the evolution of the other types -- i.e., which rig type and hull type came first, and how and where they evolved into the other types. I don't find his arguments strongly convincing, however, so I will refrain from describing them.
Posted by Bob Holtzman at 9:11 AM No comments: