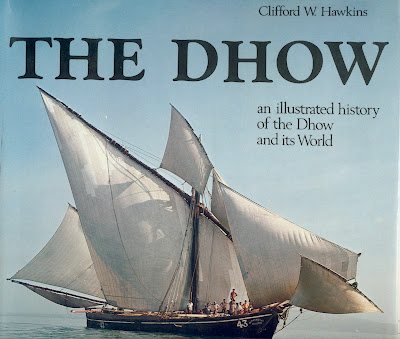 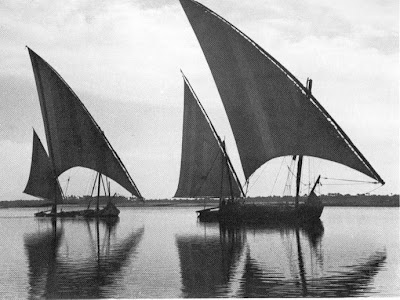 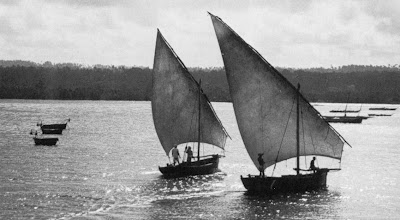 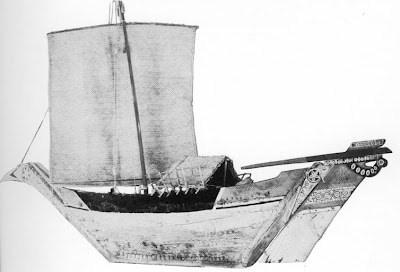 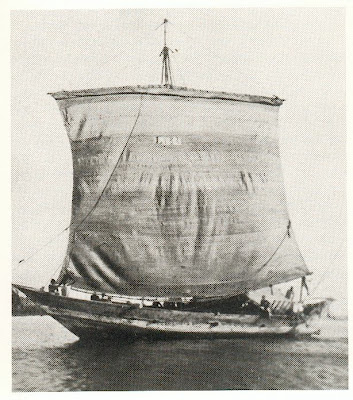 Bottom line, we probably can't come up with an iron-clad definition of a dhow, since it is a term that Europeans applied to just about all the sailing craft of the Indian Ocean, encompassing different rigs, hull forms, construction methods, and uses, and hailing from many different and far-flung lands and cultures. Best to think of dhows like seagulls -- there ain't no such bird as a "seagull," but it's a convenient cover-all term nonetheless and, even if you can't define it, most people know the group of birds, or boats, that you're talking about when you use it.
We'll look at dhows again in the next post.
Posted by Bob Holtzman at 5:12 PM