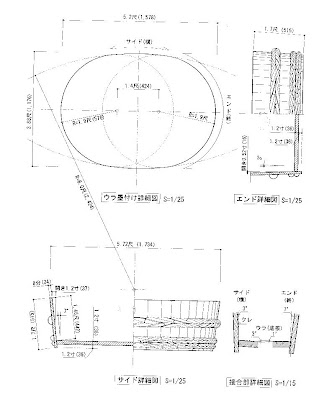 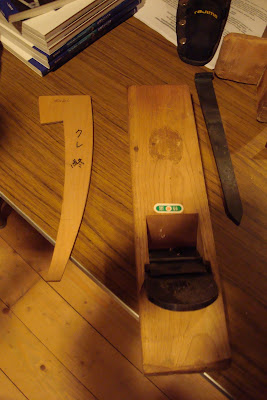 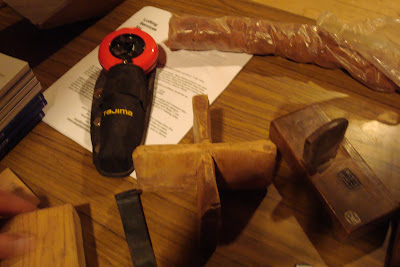 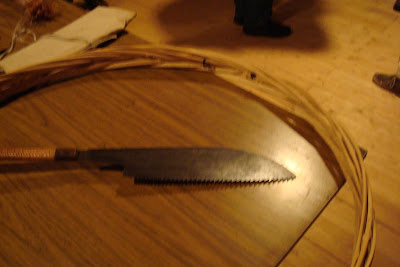 A Japanese pull-saw, and a miniature example of the braided bamboo hoop for a tub boat. Doug says that braiding the hoops is the most difficult part of building a tub boat. They have to be just the right circumference -- to within a couple eighths of an inch -- in order to fit properly and provide the pressure needed to hold the boat together.
Doug is currently working on a book encompassing all four of his apprenticeships in Japan, with funding in the form of a publishing grant from the US-Japan Foundation. This book is due to be published (in English) in 2010 and Doug invites readers to email him their contact information so that he can let them know when the book is available.
Posted by Bob Holtzman at 4:00 AM